"As you can see, it is late on a Friday afternoon after a long day on the job! I did not want to leave without sending you this email first. I wanted to let you know that Ryan and his crew that are working with us at the bulk pickup have been absolutely wonderful. They have been very helpful, quick and very efficient. Just thanking you and Ryan and his crew for being such a big part in making this job run as smoothly as it has. One of the heads of the region came to me today and said that all of our gentlemen are doing a great job. "

"I want to thank you personally, as well as all those on your staff who you rounded up to get the fridge removed from my basement. I do appreciate your kindness and thoughtfulness..... Please say thanks to Albert. He did a great job and also vacuumed the floor afterwards instead of leaving it for me. "

"Customer called to say what a wonderful job Brian and Richard did. She could not believe they removed such a large fridge so easily. She will be calling her local Hydro to let them as well. " 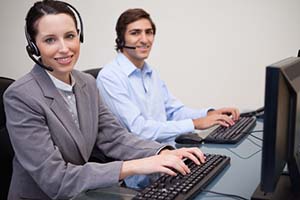 "Just a quick note to say a big thanks to the guys who came round last week to pick up our old fridge and A.C. unit. When they got to the basement where the unit was, they had quite a bit of trouble getting the fridge out, as it appears that a cupboard was installed at the top of the stairs sometime after the fridge was placed in the basement

They eventually had to take it out the basement entrance it and lift it over the back gate to get it out and down the side of our house out to the street. These guys went the extra mile, so thanks. Much appreciated. "

"A customer called to praise the crew for their politeness.... they were so helpful and respectful. They did a wonderful job, and even in the pouring rain they were still smiling."

"...even though the crew could not get fridge out, customer said they did a great job in trying and were very nice and professional."

"...customer said the crew was really great and did a terrific job! They were very professional."

"...customer called to compliment Brandon and Nick on a terrific job. They removed the freezer quickly and efficiently. Very happy with the service."

"A customer called and said the team was great! They were on time, very friendly and got the fridge out without trouble. She said the program has been a wonderful experience."

"...customer called and said that Jason and Mark did an amazing job with the two appliances on June 10. She said to keep these two guys and they deserve a pat on the back."

" Chris G. and Matt were the team that went to the condo, after they had picked up the unit, Chris went back in and the woman seemed to be having a hard time standing. The woman ended up collapsing into Matt's arms. They called 911 and then waited for the paramedics to arrive and she was taken away. The team proceeded to pick up the rest of their stops.

The woman's son called Chris and thanked them for helping his mother. She did come home that day but ended up having a severe stroke and is now awaiting open heart surgery. It's not nice to think of what many have happened if the boys were not there, but if she was paralyzed how would she have made it to her phone?

I know our guys go out of the way to get units out of homes, but this was unbelievable "